The online ZWO editor from ZwiftHacks lets you create a custom Zwift workout from a simple text input.

Here you have an easy way to create a workout with predefined steps given duration and power target. The power target can be

There are other more advanced workout editors out there, should you need more than this.

It can also create a Zwift workout (ZWO) directly from more complex multi-column text inputs such as a list of race intervals in a race plan from Best Bike Split or other tools. 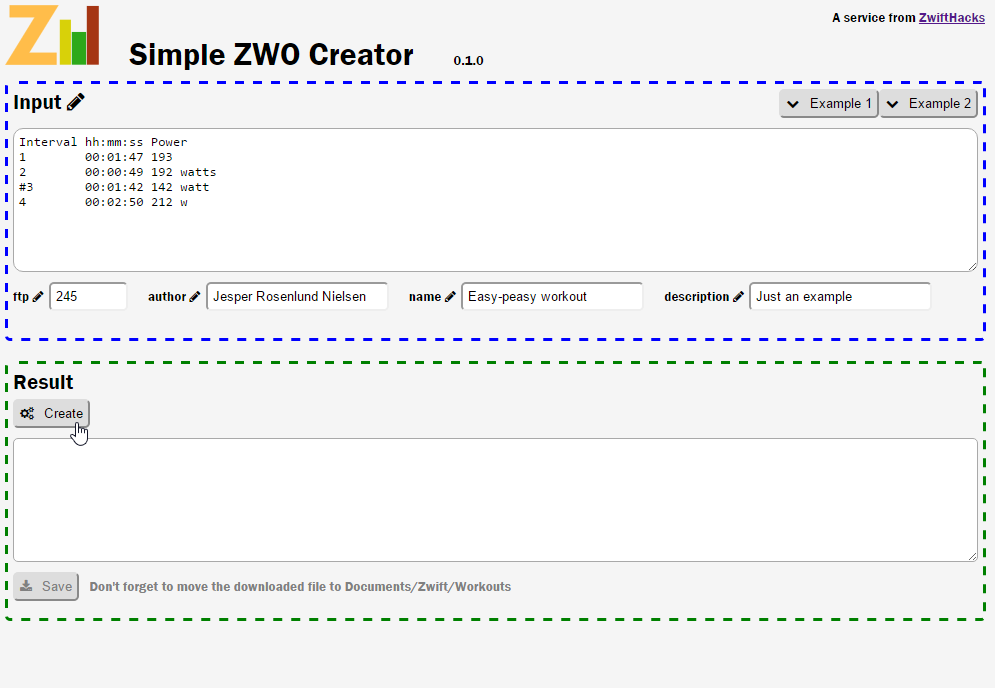 When you press the ‘Create’ button the input is analysed and a workout with SteadyState steps is created.

Each line in the input field is analysed by itself. If it does not have a format which Simple ZWO Creator recognises, it will simply be ignored.

The lines which go into the workout must have this format:

Everything between duration and power is completely ignored so these two examples will result in the same:

gives the same result as

In this example the power number is less than or equal to 6, so it will be interpreted as a power zone: 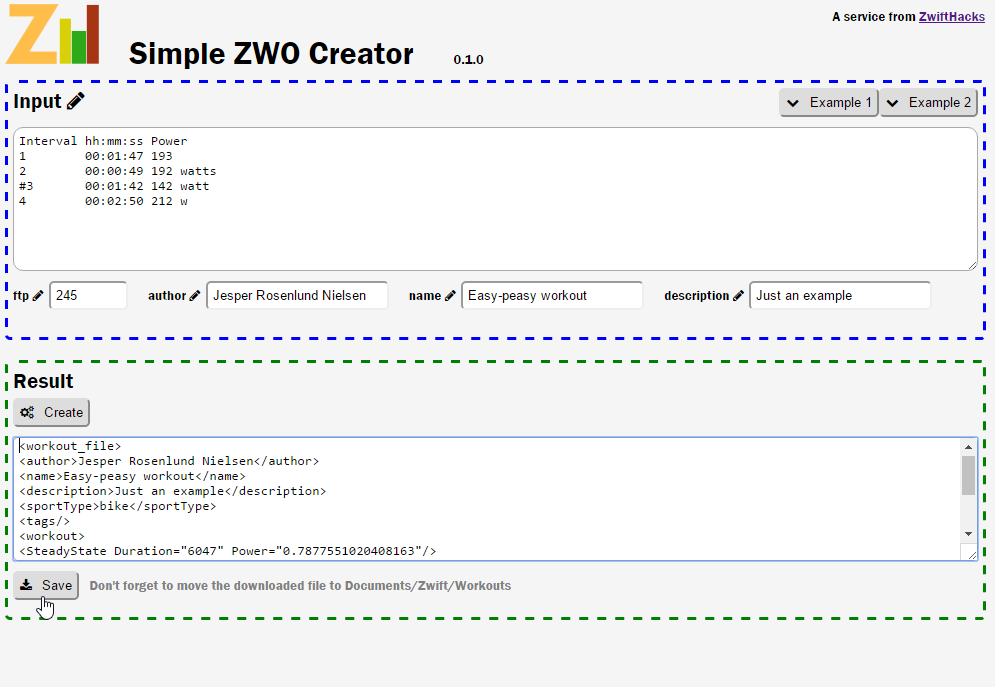