zwift-hotkeys is made primarily with the following objectives:

Note: zwift-hotkeys.ahk may not work when Zwift in fullscreen mode. I have not tested that at all.

zwift-hotkeys is automatically closed when Zwift is closed. All windowsWindows The Windows operating system from Microsoft. with a title starting with ‘ZwiftOverlay’ are closed, too.

Read more about the installer package. 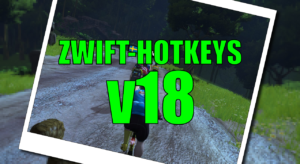 zwift-hotkeys v18 – A bunch of improvements 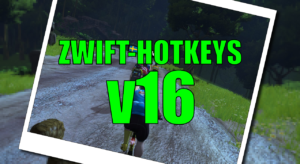 zwift-hotkeys v16 – A Fix for the Back button

2020-11-21JesperAutoHotkey, Update, Windows, zwift-hotkeys1
zwift-hotkeys v16 fixes the Backspace key. Now it will also click the blue Back button (in the Paused screen) when in ultrawide mode. …
Read More 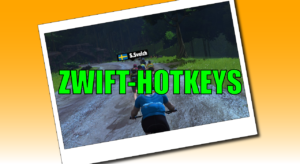 2018-02-28JesperUpdate, Windows, zwift-hotkeys0
zwift-hotkeys has been updated to handle some changes in how Zwift layout changes on wide screens or when you resize the Zwift window (this changed with version 1.0.24168 of Zwift on 2018-02-27). This fixes the shortcut for …
Read More